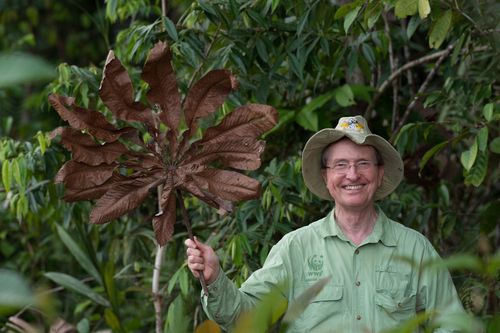 We were honored to have Tom as an adviser to Cultural Sanctuaries from Day One until his death on Christmas Day 2021. Tom was an innovative and accomplished conservation biologist who coined the term “biological diversity”. He served as Senior Fellow at the UN Foundation. In 2010, he was elected University Professor in the Department of Environmental Science and Policy at George Mason University. Tom was the World Bank’s Chief Biodiversity Advisor and Lead Specialist for Environment for Latin America and the Caribbean as well as Senior Advisor to the President of the United Nations Foundation. Spanning the political spectrum, Tom served on science and environmental councils under the Reagan, Bush and Clinton administrations. At the core of these many influential positions were Tom’s seminal ideas which helped to form and strengthen the field of conservation biology. In the 1980s, he brought international attention to the world’s tropical rainforests and, in particular, the Brazilian Amazon where he worked since 1965.