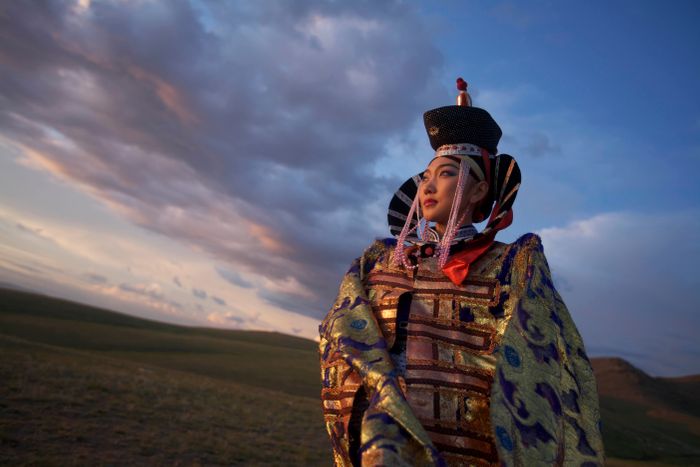 The need to save the planet’s remaining biodiversity is becoming increasingly more urgent and it is widely acknowledged that the fate of our remaining wilderness will be decided in the next ten to fifteen years.

Many of the world’s top conservationists (including Dr. Tom Lovejoy of the UN Foundation, Dr. Russell Mittermeier of Conservation International - both of whom sit on the CSF’s advisory council - and the famed biologist E.O Wilson) state that we have just this period of time to reverse the current trend of destruction before we slip over the edge and lose the ability to control the path that we are on.

At the IUCN’s World Congress held in Hawaii, The Wildlife Conservation Society released a global report on the catastrophic decline in the minimum amount of biodiversity wilderness needed to sustain us on the planet. Dr. Oscar Venter, one of the authors of the report, stated: “The amount of wilderness loss in just two decades is staggering. We need to recognize that wilderness areas, which we’ve foolishly considered to be de-facto protected due to their remoteness, are actually being dramatically lost around the world. Without proactive global interventions, we could lose the last jewels in nature’s crown. You cannot restore wilderness once it is gone and the ecological process that underpins these ecosystems are gone, and it never comes back to the state it was…The only option is to proactively protect what is left, and that must be done in the next several decades”.

Living within these fragile wilderness ecosystems are traditional societies that have maintained their land for generations, providing them not only with food and shelter but also with a rich understanding of the complexity of nature, conservation and climate change. It is imperative that we save and maintain the planet’s last wilderness places along with the traditional societies that live there before it is too late.

The link with traditional culture

At the CSF, we believe passionately that while human beings have been and are an integral part of the cause of climate change and the catastrophic loss of wilderness and flora and fauna, they can, and have to, be part of the solution.

Conservationists and scientists agree that a vital symbiosis exists between biodiversity and indigenous people. It is worth stressing that, in some ways, this is a relatively new understanding. Whereas in the past the norm has been to remove people from the land in the process of creating national parks and protected areas, it is increasingly realised that there are even greater benefits to be had by supporting traditional communities to stay and thrive on their land. It is also now recognised that indigenous communities have too rarely been given a voice in the climate change debate or a seat at the global table discussing the issue and how to solve it.

Eighty per cent of the world’s remaining biodiversity exists in the fifteen per cent of the world that is lived in and looked after by indigenous people - people who continue to have an innate connection to the land and the natural world and who have cherished it for thousands of years. Indigenous communities are the best and most effective guardians of the land.

Focusing on protecting these areas and the traditional communities that live there will therefore have a disproportionately beneficial impact on saving the world’s endangered biodiversity and on the fight against climate change. In the process, it would also preserve culture and language that is so rich and so crucial to maintain but that is fast fading away.

Traditional communities can only be the protectors and wardens of their land and their culture if they have sustainable economic opportunity. Where the only source of income to feed a family is to cut down a tree or to kill a rhino, it is unrealistic to expect the local people not to raise their axe or their gun. Equally, if the children of traditional farmers have no option but to seek menial jobs in overcrowded cities, it is inevitable that traditional culture will quickly erode, languages will cease to be spoken and knowledge of the land, forest and ocean will die out. At the heart of the mission of our Foundation is the objective to find a balance between cultural preservation and economic reality.

"It has become apparent that we are running out of time. Over the next decade, we must give priority to preventing the continuing loss of the world’s biodiversity in order to ensure the future of all life on our planet, ourselves included. Indigenous communities are often the best guardians of the land and sea: we must help them to protect their cultures and traditional knowledge, and we must dramatically scale our efforts to do this in the years to come. I believe very much in the work that The Cultural Sanctuaries Foundation is doing to make this a reality.” Russell A. Mittermeier, Chief Conservation Officer, Global Wildlife Conservation and former President of Conservation International