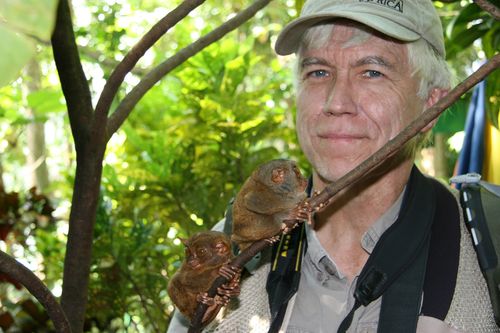 Russell is the Chief Conservation Officer of Global Wildlife Conservation and is an innovative, proactive and scientifically informed conservationist. A renowned primatologist and herpetologist, he has undertaken extensive field work and made major contributions to the conservation of the fauna of Madagascar, the fauna of South America, primates in general, and freshwater turtles worldwide. Since 2008, Russ has been focused on demonstrating that “People Need Nature to Thrive”. The essence of this mission is that natural capital needs to be central to long-term sustainable development and that nature is essential in ensuring human well-being. In addition, Russ has had a lifelong interest in tribal peoples and has worked with many different communities from the Trio of southern Suriname and the Saramaccaner, Matawi, and Aucaner Maroons of central Suriname to the Kayapó of the Brazilian Amazon. He has also published on the strong connections between biodiversity and human cultural diversity, demonstrating how strongly the highest priority areas for each overlap.